Why Louisville Has One of The
Highest CAP Rates in USA!

Ask someone what they know about Kentucky and you’ll probably get an earful about horse racing, bourbon production and fried chicken. Depending on who you ask, you might even learn the genesis of the Louisville Slugger.

What aren’t you likely to hear about? The red-hot real estate market.

When “All Property Management” released it’s annual Rental Ranking Report, it was no surprise to see San Francisco, San Jose and Seattle claim the top three spots. After all, these cities have surging tech markets that have led to explosive population and job growth. And while West Coast cities dominated the Top 10 list, there was a little southeastern city that nudged its way ahead of San Diego (#5), Los Angeles (#6), Denver (#7) and Portland (#8). That city is, of course, Louisville.

According to the Rental Ranking Report, an analysis of the strength and competitiveness of 75 metropolitan areas, Louisville is the 4th best place for rental property ROI.

You might be asking yourself: “Louisville? Seriously?” Yes, seriously!

How could this be?

In Part II of this four-part series, we take look at what is driving the substantial ROI that multifamily investors are generating in River City.

The fact that Louisville has the 4th best rental ROI in the U.S. is certainly going to come as a surprise to some. But consider this: over the past year alone Louisville has experienced 12.20% job growth—making it one of the most attractive cities for real estate investment.

Local job growth can be attributed to the strength of Kentucky’s manufacturing, shipping and transportation industries. The state has been called a “logistics dream” for its central U.S. location: nearly two-thirds of American consumers can be reached by a truck within a day’s drive. Order a new pair of peep toe shoes from Zappos and UPS will be delivering a shoe box almost as quickly as you can enter your credit card information! Since more people buy and sell goods online than ever before, logistics hubs are critical job centers.

“Kentucky—Louisville in particular—has an undeniable geographical advantage,” explains Kevin Gue, a professor at the University of Louisville. First, it’s where I-71, I-65 and I-64 converge, providing unparalleled access to the major thoroughfares needed to ship goods to and from all corners of the U.S. The most prominent employer is UPS, which opened its Worldport global air-freight hub at the Louisville International Airport.

Hundreds of companies have relocated to the area to be close to Worldport, including warehousing and distribution centers for companies like Wayfair, Amazon and Gilt Groupe.

“E-Commerce companies are flocking to Louisville for the same reason we did,” said Christopher Halkyard, Vice President of Operations at Gilt Groupe. “Louisville offered some excellent properties in several industrial parks at competitive prices and a strong labor pool of people willing and ready to work.” He continued, “Being near Worldport makes the pickup time much later in the day, which allows us to finish our orders. Our customers can buy at a later period during the day and still get their purchases delivered as expected.”

Louisville is also poised to benefit big time from the opening of the $2.3 billion Ohio River Bridges project, which are now completed. These two new bridges will add 12 additional lanes to accommodate traffic and reduce congestion, and is expected to generate upwards of $87 billion in economic impact and more than 15,000 NEW JOBS per year over the next three decades.

All of these new jobs are creating tremendous demand for local housing.

Residential real estate prices hit a record high last year, and have spiked 92% since bottoming out in December 2012. There are hundreds of new apartments planned or in the pipeline, particularly in downtown Louisville, but new construction can’t keep pace with demand. As a result, the cost of apartments is on the rise. The Rental Ranking Report confirms Louisville has experienced a 7% rent variance, representing the average year-over-year rental increase.

For Louisville investors, this all boils down to a very High Capitalization rate.

Louisville Has The HIGHEST Cap Rate in USA for Rental Property

the highest cap rate of any city on the Report’s Top 10 list.

Low-barriers to entry and strong cap rates have certainly caught investors’ attention. Even at record highs, the median home price in the Louisville-Jefferson County area was just $155,000.

Investors who have been priced out of other markets are finding Louisville’s ROI all the more attractive, and anticipated job growth provides some certainty that the market’s upward swing will continue.

“Places like New York City are so expensive that even wealthy people are frozen out of deals,” writes David Serchuk for Louisville Business First. “So they’re looking to park their money into secondary markets like ours. What we consider expensive is pretty small change to them.” There’s been an uptick in activity by institutional investors over the past year. Notably, the recently completed Claiborne Crossing and Grove at Lyndon recently sold to institutional buyers; the latter sold for just $80,000 per unit—a steal compared to the cost of real estate in other markets.

As long as Louisville’s steady job growth continues (and by all indications it will), the region will remain a top-performing rental market. Atlanta (#10) and Nashville (#12) are on its tail, but still have a ways to go before catching up to Louisville.

article from All Property Management Company 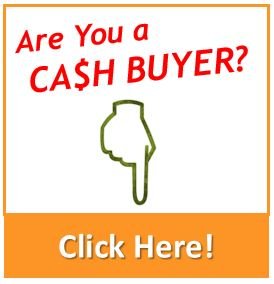 Hear What Others Have To Say…

Considering some local real estate investments but don't have the time to actively find and manage the investment?

If you're wanting to diversify your investments and participate in the local real estate market on a passive or semi-passive basis, this free report will walk you through 3 options to consider.

Our company works with everyday individuals like yourself who want to put their money to action in the real estate market. If your expertise isn't finding great investment properties and managing those, but you want to gain the benefits that real estate offers you... this report is for you. Click the link below to download the FREE REPORT.